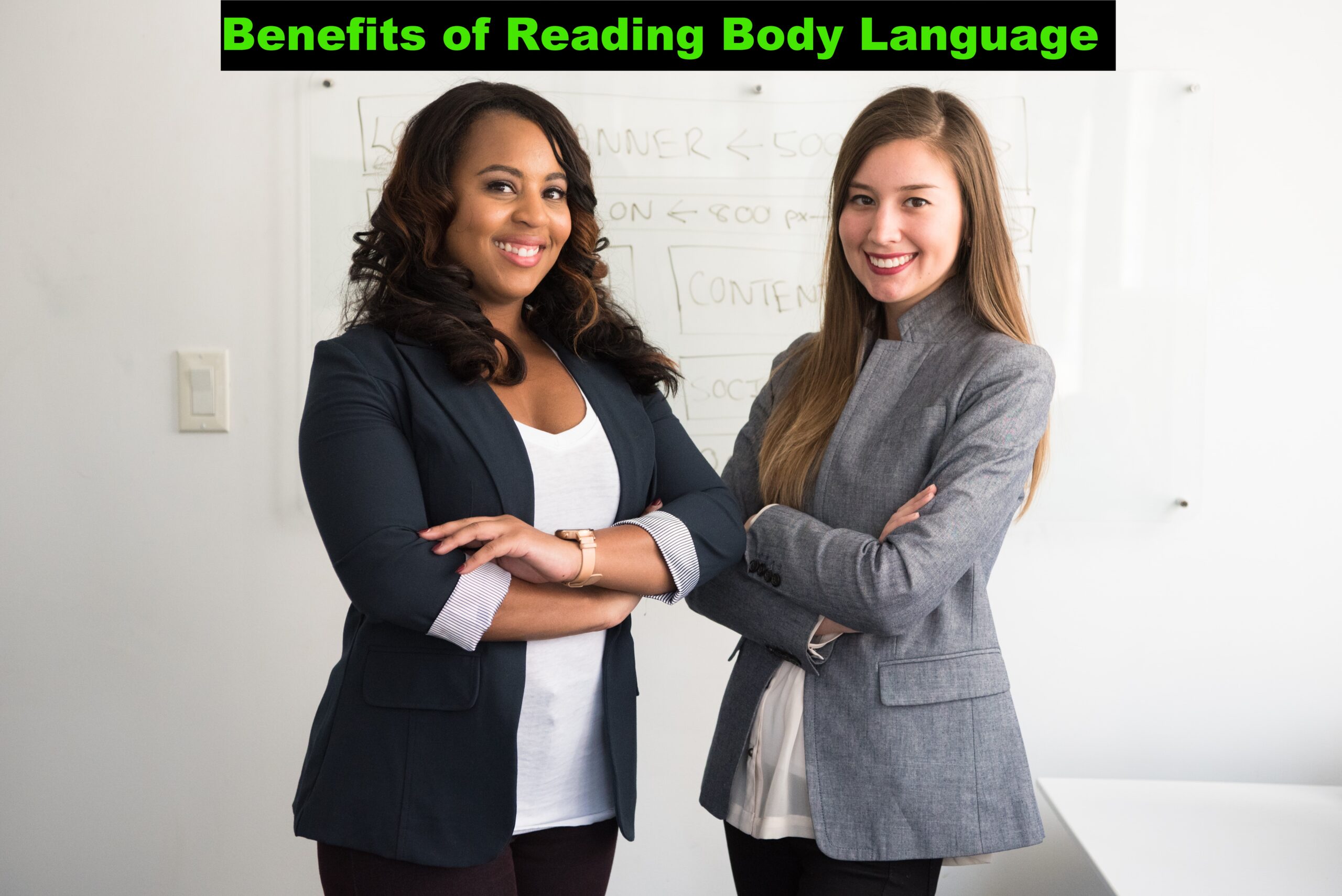 Body language consists of the positions, gestures, and whole body movements we use to share how we are feeling or what we are doing. Despite what you may see on television or read on the Internet, there is no way to use body language to perfectly understand what another person is saying. Just think of how difficult and how much fun gesture-based games like Charades can be to play. If reading body language were that simple and easy these games would not be very challenging.

Our physical activity may reveal much about what we are doing. For example, if you could only see a person’s arms as they were steering a moving vehicle you would almost surely understand they were indeed driving. The motion associated with driving cars and trucks is very standardized due to their design and their control systems. You would also know someone was swimming through water if you could only see their body movement in silhouette. The motions associated with the various swimming styles are very specific.

But what if you saw a man flapping his arms like a bird? Would you be able to interpret what he was doing from that motion alone? Most likely not. He could be playing a game, illustrating how birds fly to someone else, trying to dry himself off, or in an altered state of mind where he believes he is a bird. These are only a few of many possible interpretations of such movement, and this explains why you cannot rely on body language alone to communicate with other people or to understand what they are doing.

Some Famous Myths about Body Language
One of the most widely cited and incorrect “facts” about body language is that our communication is 90% non-verbal. If it were indeed true that we can convey 90% of the information we want to share with others through non-verbal cues, we would not need millions of words for our spoken and written languages. We could easily get through every day just by using body language if the 90% idea were realistic.

Men who follow seduction and pickup artists often talk about using body language to “establish rapport” with the women they are interested in. This idea uses the idea of mirroring another person’s body language to create an artificial empathy between them. However, if the other person is aware of the mirroring activity they may be annoyed or distracted by the unnatural movement.Another myth about body language is that if you associate gentle touching movements with certain words you will condition a person to respond positively to what you say. This is sometimes called neuro linguistic programming. If the person you are touching is aware of what you are trying to do, or is not interested in your contact then this technique will not work. Even in the best of conditions many people report failures.

Who Uses Body Language Every Day?
You might be surprised to learn that nearly everyone reads and communicates via body language on a daily basis. You may not have a well-developed skill or knowledge of body language but you still respond to and convey some signals without thinking about them. Here are a few examples:

Placing a hand up to tell someone to stop
Waving hello or good-bye
Smiling at people either warmly or in an unthreatening way
Extending your hand for a handshake
Holding out your hand to indicate someone else may go ahead of you
Shaking your head up and down (“yes”)
Shaking your head left and right (“no”)
Women are more likely than men to be aware of body language and to make an intentional effort to interpret what they see. Experts and psychologists offer various explanations for why this is so. Although there is no real consensus on why women are more likely to pay attention to body language two of the most common reasons offered are that this is a defensive practice women developed to help them avoid dangerous men and it’s a competitive practice to help them understand what their social rivals are doing.

Police officers and medical professionals also study body language in a habitual and professional manner. They are looking for reactions that may signal something is wrong.

Therapists and trainers in all fields also pay close attention to body language.

Successful sales people and motivational speakers also study body language and learn to adjust their presentations according to the movements and changes in position of people they speak to.

How Does Reading Body Language Benefit Us?
There are many legitimate and natural benefits to watching and interpreting body language.

The most basic benefits are social: we interpret body language to understand who may be a threat, who may be in need of help, and who is acting in a productive and useful manner. For example, a police officer may notice that someone is “behaving suspiciously” in a manner characteristic with a person who has just committed a crime or whom the officer has interrupted while committing a crime.

In a similar manner we may naturally become suspicious of people who appear to be following or watching us intently for no apparent reason, or of people who loiter near a specific location that we may have an interest in. These are natural responses to potentially threatening situations although in most cases nothing bad is happening.

If you see someone laying on the ground waving their hands you’ll usually assume they are in need of help. People who wander around with a perplexed expression on their face may be lost and confused, such as when they cannot find where they left their car in a large parking lot. An elderly person in this predicament may attract attention from good Samaritans. Children who are hurt or lost and afraid may sit down and cry.

When you are at work and your supervisor passes through your space on some task, he or she may stop to see how you are doing if you look like you’re struggling with a task; or the boss may break up the social circle in the kitchen; or if everyone is looking busy your boss may sail on past you without interrupting anyone.

We learn to use body language in other ways, too. In relaxed, social situations people are more likely to express their feelings of happiness or joy, or their excitement. Fans often yell, jump, and pump their fists at sporting events. People who play friendly competitive games such as bowling, darts, billiards, etc. may celebrate their victories with smiles and energetic gestures. They may strut and playfully act dominant, signalling to others around them they are superior in some way.

Our unintentional signals are just as important. Someone who is angry may be “radiating” signals that mean stay away from me or stop what you are doing and pay attention to me. We rely on body language in social situations to convey how we are feeling, not to engage in deep discourse.

Body language also helps us use up energy. People who fidget or who wander back and forth may be expressing an unmet need but they are also “burning off energy”. The body feels a need to take action but for some reason we are unable to take the desired action so our bodies are going through the motions of fighting against unseen restraints.

How We Use Body Language in Sales
Seduction is the art of altering another person’s state of mind so that they are more likely to do something for you. There is a fine line between motivational selling and seduction.

Motivational sales is the art of acquiring someone’s attention, identifying an unmet need, offering a solution for that need, and persuading the person to accept your solution. A door-to-door salesperson engages in motivational sales. So does the salesperson who walks all the way across the store or parking lot to begin a conversation with you about the latest product special.

A salesperson who merely asks if you need help is not engaged in motivational selling but that salesperson may use the unthreatening opening of “do you need help?” to create an opportunity to pitch you on a specific product. This kind of hard selling is not used as much as it once was but it is often lampooned in movies and television shows.

Picture a man in a night club who is studying a group of women. The women are excited to be there and talking rapidly. They may glance around to see who is with whom or who they know. Some women may begin dancing to the music, indicating to everyone in the club they are ready to be asked. The bold man who walks up to one of the women and suggests they dance is more likely to find a partner for the next song than the man who just stands and stares at the girls.

When two people meet for the first time and share an activity together they may know very quickly if they are interested in each other romantically. For example, suppose a young man and woman join a tour group where they go hiking through the hills. They may indicate their interest in each other through furtive glances and smiles. One of them may gradually move closer to the other until one of them has an excuse to make some innocent comment. Or one of them may be wearing or doing something so distinctive that it is easy to walk up to that person and begin asking questions.

By watching each other’s body language we look for small signs of interest, such as when the other person turns to face us more completely, smiles, moves closer, or widens their eyes to get a better look at us. People may also become agitated or nervous in the presence of someone whom they find attractive and interesting. They “cannot contain themselves”.

On the other hand, someone who is not interested in you will turn away, look past you, give you short replies or ignore you, or just wander off at the first opportunity. People who interrupt your conversation to speak to others will show you how important your conversation is by either leaving you behind or returning to your conversation quickly, perhaps even drawing others into the conversation with you.

The level of energy the other person projects helps you gauge their interest and excitement in being with you. But sometimes people learn to mask their interest to protect themselves. You may have trouble recognizing their signs of interest because they are trying to control their bodies. In these situations practice helps you see the subtle cues. You can use warm and open body language to reassure people and help them open up to you.

Body Language Is Helpful But Not Always Transparent
It is possible to misinterpret other people’s body language. They may be expressing in someone or something behind you. This cliche is often used in movies but it happens in real life, too. That is where we got the cliche in the first place.

One should be careful about placing too much faith in reading body language. A skilled and practiced actor can convey almost any kind of body language desired. The best actors are very convincing and not all of them can be found in the entertainment industry.

It’s good to study body language so that you can understand people better and be more sensitive to what they are feeling. You should find it a rich and rewarding experience.

For further study you may find these articles helpful. 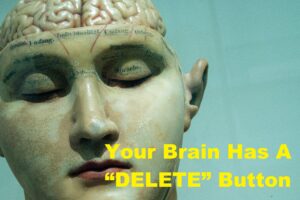 Previous post Your Brain Has A “DELETE” Button How To Use It? 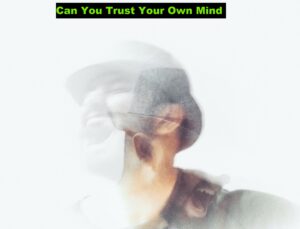 The Bird That Flew Away