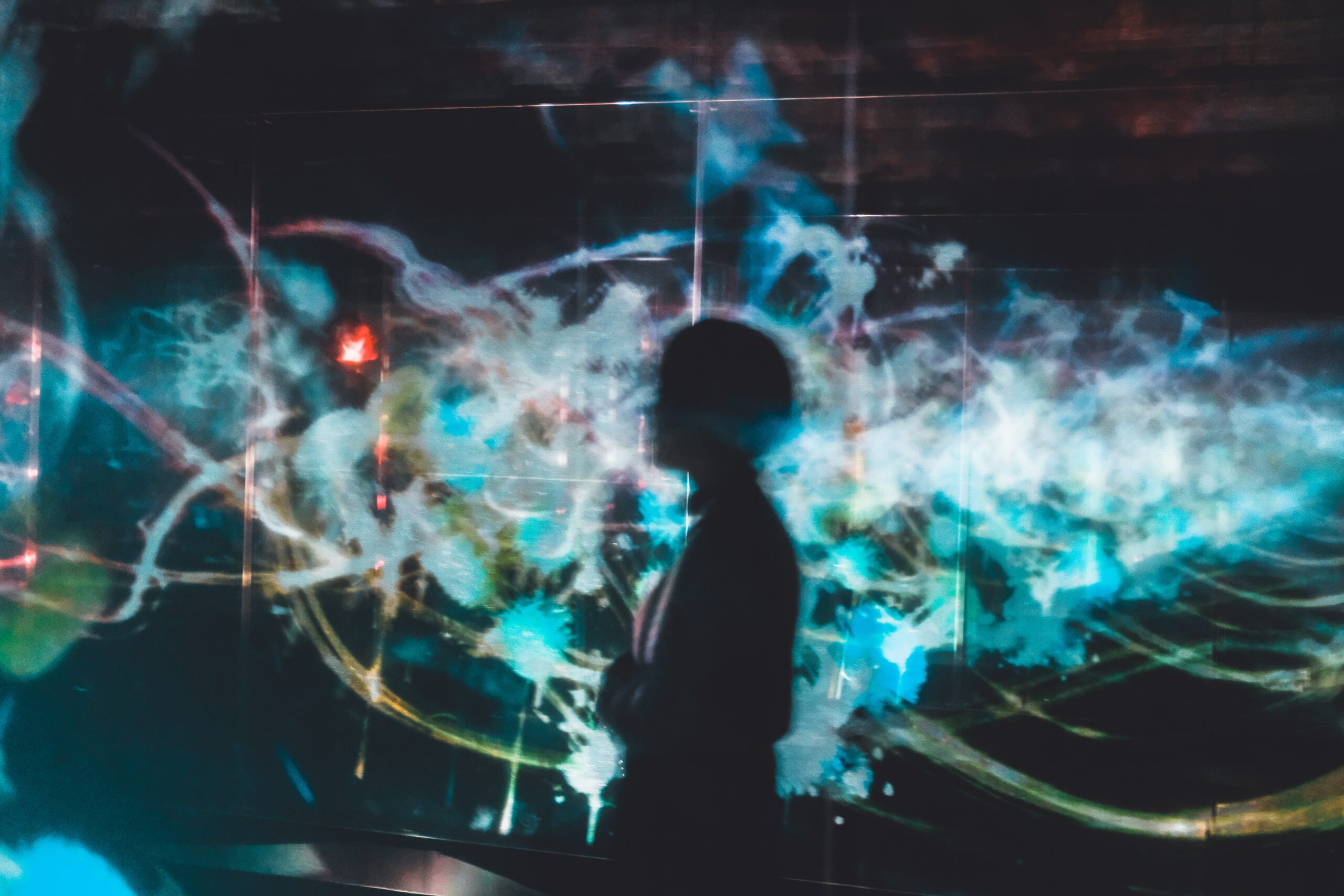 Teleportation in real science began to take shape in 1993 thanks to a theoretical study published by Peres and five other researchers in Physical Review Letters, which laid the foundation for quantum teleportation. Apparently, it was co-author Charles Bennett’s idea to associate the proposed phenomenon with the popular idea of teleportation, but there is an essential difference between fiction and reality: in the latter it’s not matter that travels, but rather information, which transfers properties from the original matter to that of the destination matter.

Teleportation the ability to travel vast distances within the blink of an eye – has captured mankind’s imagination for centuries. The concept of “teleporting” from one place to another is familiar to anyone who reads or watches science fiction, such as in the “Star Trek” fictional universe, where both people and objects can instantaneously be “beamed” up to a starship or “beamed” down on an uncharted planet. The very idea of teleportation has an irresistible allure, and humanity’s interest on the subject matter has gone beyond the boundaries of fiction and is being seriously pursued by science in recent years as a serious topic of exploration and study.

Making teleportation a possibility in the real world is an amazing feat that can only be achieved through means beyond our current understanding. However, there are many bizarre cases and mind-bending stories that suggest that not only is human teleportation possible, it has, in fact, already occurred and has been occurring for many years. Stories of people mysteriously teleporting to distant places go very far back into history and continue even in modern times. The nature of these alleged teleportation cases involves interdimensional portals, enigmatic doorways that provide access to the fabric of reality itself, the bending of the rules of physics as we currently understand them, or through some unexplainable force that is beyond our comprehension.

There are many reported cases of alleged real-life teleportation that took place in different points of human history, but for now, here are five of them.

The story of Gil Perez dates back to the 16th century when he was serving as a Spanish soldier and palace guard of the Governor’s Palace in Manila. He was just a regular soldier until the morning of October 24, 1593, when something strange happened. Tired due to lack of sleep and the warm weather, Perez decided to take a short nap and leaned against the palace wall. When he opened his eyes, he was stunned to find himself in an unknown location. When it was explained to him that he was in Mexico City, he refused to believe that it was true, knowing it was impossible for him to be in Mexico City on the evening of October 24th when he had received his orders in Manila on the morning of October 23rd.

Perez was questioned extensively by the Holy Tribunal of the Inquisition, and he told authorities that he had traveled from Manila to Mexico “in less time than it takes a cock to crow.” He revealed that he knew he was no longer in Manila and that the night before, he also knew for a fact that governor-general of the Philippines had been assassinated. However, the members of the Spanish Inquisition did not believe his story and had him imprisoned for desertion. For two months, Perez was locked up in a jail in Mexico City until a Manila merchant ship arrived from the Philippines. The crew shared the news about the Governor’s assassination, just as Perez had described it a couple of months earlier. Even stranger, one of the passengers on the ship recognized Perez and swore that he had seen the soldier in the Philippines marching at the palace garrison on October 23rd. And so, the Holy Tribunal of the Inquisition in Mexico had no other choice but to accept Perez’s story, release him from jail, and send him back to the Philippines.

The Venerable Mary Jesus of Agreda was a Franciscan abbess and spiritual writer, who was known especially for her extensive correspondence with King Philip IV of Spain and reports of her bi-location between Spain and its colonies in New Spain, which is now known as New Mexico and Texas. Although she was never known to have left her Spanish convent, it has been officially determined that, between 1620 and 1631, she made over five hundred trips to convert the Jumano Indians of New Mexico as members of the Roman Catholic Church.

Initially, the Catholic Church treated Mary Jesus of Agreda as delusional and heavily discredited claims of her teleportation. However, the missionaries in the New World and the Indians themselves supported these fantastical claims. For example, in 1622, a New World missionary named Father Alonzo de Benavides wrote a letter to Pope Urban VIII and Philip IV of Spain that someone was already actively converting the Jumano Indians long before he had arrived in the area. When the Indians were asked where they have learned about Christianity, they claimed that it was shown to them by a European “lady in blue,” and that this mysterious woman had provided them with crucifixes and a chalice that seemed to have come from the convent of Mary Jesus at Agreda.

Carlos Mirabelli was a Brazilian physical medium and spiritualist from Sao Paulo, Brazil. He was quite well-known for his ability to perform various seemingly supernatural feats, such as levitation and telekinesis, but the most impressive ability he possessed was arguably his spontaneous teleportation.

In 1926, Mirabelli was about to board a train traveling from Sao Paulo to the port of Santos with some friends when one of his companions saw Mirabelli walk towards the platform and vanish into thin air. In the middle of the day and in front of dozens of witnesses, he faded in a foggy haze as if he were slowly getting erased from existence.

Mirabelli’s friends were surprised at his sudden spontaneous vanishing, but things got even stranger when a station master approached them 15 minutes later telling them that they had a call from Mirabelli himself. When his friends spoke to him on the phone, he claimed that he was suddenly in the town of Sao Vincente, which was 56 miles away from the train’s destination. He also claimed that he practically instantaneously transported there, having realized after his supposed materialization that only 2 minutes had passed from when he disappeared at the train station in Sao Paulo.

A well-known and controversial case of human teleportation supposedly took place in 1968, when a Dr. Geraldo Vidal and his wife, Raffo de Vidal, allegedly teleported a large distance along with their entire car.

In May 1968, the couple was reportedly driving their vehicle along a remote, rural road in Chascomus, a province of Buenos Aires in Argentina, when they were suddenly enveloped by a thick fog. The Vidals allegedly failed to make it to their destination on time, and family members and authorities went on to search for the couple in the road they had taken but no trace of them was found. 48 hours later, Geraldo Vidal called the family to inform them that he and his wife were safe but for some reason unknown to them, they were in Mexico City, which was 6,400 km away from where they were driving in Argentina.

Geraldo Vidal would later claim that they had no recollection of what occurred in the last 48 hours that they had disappeared without a trace. All they knew was that they encountered a strange, heavy fog before everything turned black. When they came to, they found themselves parked along an unfamiliar road and felt pain in their necks. When they alighted from the car, the vehicle looked like it had been burned, as if it was badly damaged by a blowtorch. This story is not only a case of real-life teleportation but is also one of the most talked about cases within the realm of UFOlogy and Forteana.

Some cases of teleportation involve passing through doors or portals that transport people through space and possibly even time, and one such case is the claims made by Al Kiessig about his alleged discovery of doorways to distant places.

In 1971, Al Kiessig claimed that he had uncovered several doorways or vortices in the states of Missouri and Arkansas, which supposedly allowed for instantaneous teleportation from one place to another by traveling through other dimensions. According to Kiessig, each door is different. One could walk through these doorways and instantaneously find themselves several miles away from where they had entered. There are also vortices that take people back to the past or into the future. There are even doorways that supposedly lead to distant stars.

What do we make of these alleged cases of real-life teleportation? Can these stories be easily dismissed as mere hallucinations or flights of fancy, or is there something bigger at work in these cases that are currently beyond our limited reason and understanding? But if there is a chance that we can slip through the crack of reality and shift through space to instantaneously travel from one place to another, how can it be done?

These questions will perhaps forever remain unanswered, and the reality of real-life teleportation of a human being may continue to remain on the outer fringes of the scientific horizon. Nevertheless, these stories and accounts still leave us much to speculate about and think on. And the answer to unlocking the secrets of teleportation may someday be revealed to us, given that modern science is currently in pursuit of understanding the real concepts and theories that might make teleportation a reality. 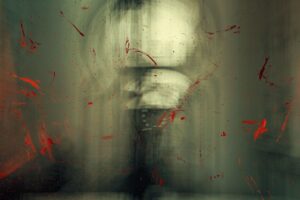 October 5, 2021
The Secret Of The Pyramids – The Alchemy Of Geometry 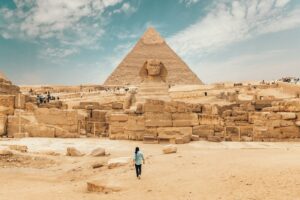 The Secret Of The Pyramids – The Alchemy Of Geometry 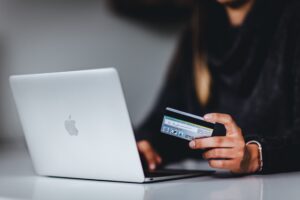 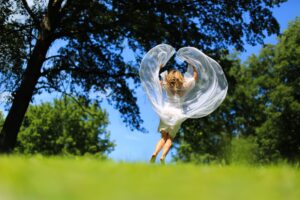