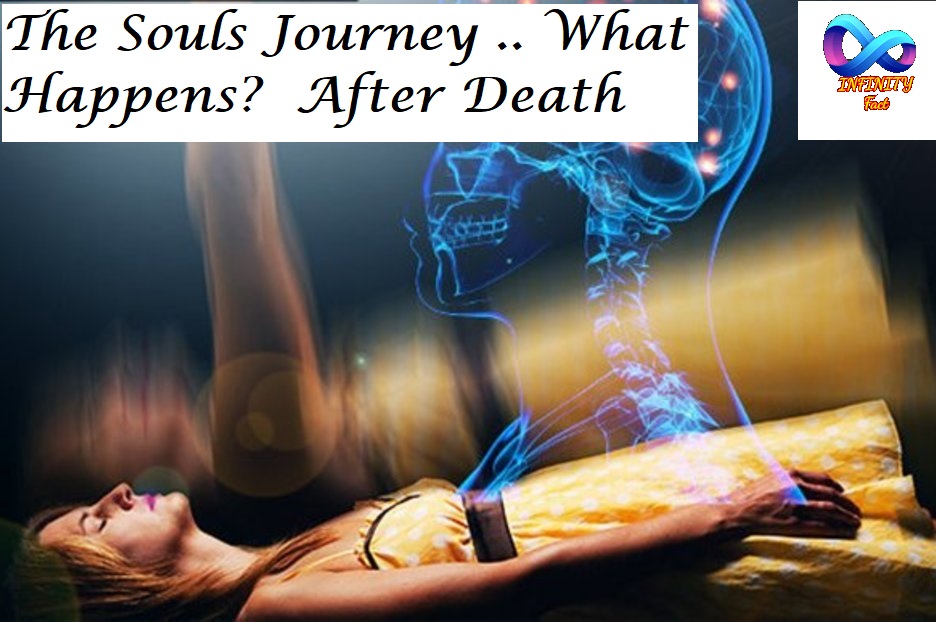 People have probably worried and wondered about what happens after death since mankind first walked erect. In this article, the most commonly asked questions are answered.

What Happens After Death?

Upon death, a variety of things can happen. Some people die in a conscious manner; they have lived consciously, so they die consciously. They maintain consciousness throughout the whole transition, and are ready to move on to the next step, whatever that proves to be, almost immediately. They normally greet their loved ones and then continue with what they were doing before they incarnated. They may take on a project of study, become a spirit guide, or work for the benefit of humanity in other ways.

Others, especially those who have lived unconsciously, die unconsciously, or in turmoil. They may be confused by their experiences during this time. They may be full of remorse for things that they did that they did not wish to face while alive. They may go into isolation for a long period if there is a need to come to grips with those things or other issues they did not meet on the physical plane. They may go unconscious and not come to self-awareness again for a long time. Someone who is in a lengthy coma on the physical plane may continue in unconsciousness on the astral plane after death. In other cases, the essence leaves the body during a coma and is conscious on the astral plane, and continues in consciousness after death.

Someone who believes in heaven and hell might experience one or the other after death through psychicprojection. On the astral plane it is relatively easy to create your image of reality. Other souls might play along with it for your benefit, but the show has little depth to it. If a person is full of guilt and shame that needs to be cleansed away or at least acknowledged, creating “hell” might be useful temporarily. Its monsters are symbols of what is within.

Those who remain earthbound are those who, when they were incarnate, were extremely attached to the physical plane. They did not see beyond earthly pleasures and pain. Those who were addicted to cigarettes, drugs, food, or alcohol are sometimes earth­bound after death because they are still craving the substance in their consciousness. Of course, they have the opportunity to let go of their addictions any time, just as they did when they were physical. It is easier to let go of addictions while you are still physical, but if you have not done this, they are there to be faced on the astral plane.

Relating To Those Still Incarnate

Do those who pass over have any power over somebody they were connected to?”

All souls have at least some power and can do a little mischief if they wish. However, they cannot really interfere with someone’s life unless he consents to it. If you are connected to an earthbound discarnate soul, and you truly let him go, you can simply tell him to leave if he starts to try to interfere with your life, and he will leave. People after a while do not go where they are not wanted, and the same is true of these unfortunate stuck souls.

After people die, do they generally maintain a connection with loved ones left behind?

Generally they do. Sometimes it is necessary to get some perspec­tive on their experiences before they make themselves available to loved ones. But otherwise, they tend to look in on them from time to time, especially in the first several years following death. As time goes on, their attention becomes increasingly focused on the astral plane, unless of course they reincarnate. You can assume that if someone you were close to dies, he is staying in touch with you as long as you feel a connection with him; usually it is a mutual thing. However, you might on an essence level agree to move on and to let each other go, in which case you will not tend to think of each other much. If one of you stubbornly refuses to let the other go, it can be a hindrance to you both.

If a parent has died while a child is young, he will tend to keep an especially strong connection with the child until the child has come of age. You do not forfeit responsibility for those you bring into the world just because you die. So a parent may assist the spirit guides, and provide a fathering or mothering influence to the child as well as he or she is able to from the astral plane.

How long do people usually wait between incarnations?

It is quite individual. Some souls feel uncomfortable on the astral plane and cannot wait to get back into a body, taking the first one that becomes available. Others may feel complete with the cycle of lives they have done and take vacations that could translate into millions of years on the physical plane. However, we would say that fifty to eighty years is most typical.

Some souls, especially those who are almost finished with the physical plane, are picky about who their parents are, what kind of bodies they have, and so on, so it can take a while to find what they are looking for. It is rather like coming near the end of a game and needing only certain game pieces.

It seems that on the astral plane, we have a larger awareness and basically know all the lessons we’re coming down here to learn.

”’What’s the point? I don’t get it. Someone capable of torturing and killing on the physical plane has access to larger knowledge and love in between lives. Why is it important to come within these constraints to learn the lessons if we already know them?”’

We generally use the term essence, as opposed to personality, to refer to all non-physical aspects of self. There is a core aspect of essence, which is really what the term essence refers to, that resonates with the three upper planes and with the Tao. It is relatively pure, but is also beyond the realm of tangible experience. The astral self, who you are between lifetimes, is actually a sort of hybrid between your essence and your various reincarnational personalities. The astral self reviews past lifetimes and plans future ones. However, for the sake of simplicity, we usually include the astral self in our overall definition of essence, and that may account for some of the confusion here. The astral self may be aware that murder, for instance, is wrong. However, due to a lack of practical understand­ing and development, it may not be able to live with the stresses and illusions of the physical plane when incarnate without resorting to it. Even on the physical plane, there are things that people “know” they should not do, but they do them anyway; they have not yet experienced the true knowing.

An advantage of the astral interval in reviewing your life is potentially greater neutrality. When you do not have a body, your survival is not being threatened. You also have the advantage of seeing that you are part of a larger picture than you realized when you were on the physical plane. You have greater access to knowledge, such as knowledge of what your life task was. If you killed someone, you can see if you were paying back karma, creating karma, or neither. You can see what your motivations were and decide what you are going to do in the next lifetime if there needs to be a balancing experience. There are other souls who are avail­able to help in this evaluation process.

While this perspective is available, not every essence takes ad­vantage of it, although the laws of karma operate whether or not there is recognition. The acceptance of clarity, like all things, is a matter of choice. Many “waste” their time during the astral interval just as they “waste” their time when they are on the physical plane, although ultimately, no experience is wasted.

Any time you are embroiled in a situation in which you have no perspective and then get away from it for a while, detaching and reflecting, many things can become clear to you. This is true whether you are physical or astral. People could benefit from much more detached review of their lives while they are in them. There would be a lot less of it to do during the astral interval. Many live their lives as if they were sleepwalking. There is little review, so most of it must happen astrally. Someone who has stayed up to date while on the physical plane does not need much review when he gets to the astral plane. He can quickly move on to his next step.

Your physical body is programmed to survive. The fear of death largely springs out of its survival instincts. You need this natural mechanism. If you did not have a certain level of survival instinct, you would lose natural reflexes that protect you in dangerous situations. But your experience of this instinct can be transformed. If you are living with alertness, it is not necessary to have an attack of fear to motivate you to look both ways before you cross the street. If your body begins to trust that you as its occupant are going to take good care of it, it can relax on an instinctual level.

It is helpful to realize that you have had many bodies before, and may have many more in the future. Death is not the end. Although a number of your deaths were no doubt traumatic, you have also had many easy, peaceful passages. Death does not have to be traumatic.

Any fear you face is lessened. If you recognize and accept whatever fear of death you have, you can reduce it. You might try vividly imagining your death, making friends with it. You can also reduce your fear of it by working with both your painful and pleasant past-life deaths through regression.

The manner in which you die is one of the most important choices you make. If you die with a high consciousness, your death can be a blessing not only for yourself but for those around you as well.

Coronavirus COVID-19: Safety Tips for You

How much do you understand your life partner?अपने जीवन साथी को कितना समझते हो?